I grew up with grandparents who were born before sliced bread. They were babies or not yet born during WWI, part of what became known as the greatest generation. They married, set up house, and had a baby in the middle of the Great Depression. One of the places they lived with that baby was a duplex in which the family upstairs was diagnosed with tuberculosis Though my grandmother and my father didn’t get sick, they ended up having false positives on skin tests for it for the rest of their lives.

I couldn’t help but think of my grandparents today, especially of my grandmother’s general principles of “learn to do without, have to be careful, and have to be saving,” at a time in which our country is thrown into a panic of Coronavirus.

Not all of her stories from those times of struggle were sad, some of them were about the ability to look back and find humor in what, at the time, seemed like the worst possible thing that could have happened.

There was the time that my father, a small child doing as small children do, knocked over their cupboard of dishes. Every plate, bowl, and cup they owned was suddenly a pile of broken pieces spilled across the kitchen floor. They couldn’t afford to buy new ones. The rage, the fury that swelled up inside of her was overwhelming, at that moment she thought she could have killed her own child for being so careless. Thankfully my grandfather sent him outside and calmed her down. He was born with a club foot, a condition in which at birth his foot was bent to where his heel and toes were side-by-side. They struggled to get it straightened, my father having to wear casts for years and her having to massage and manipulate the foot to get it as it should be. The fear and worry they had about money to pay for him to see doctors, about whether he would ever walk normally, and there he was running carefree through the kitchen like any other child.

Funny years later when times aren’t as tight and with more dishes than you can use crammed everywhere you can put them, at the moment a horrible problem that you can’t solve on top of all the rest.

Or having a washing machine that broke down in a time in which “just buying a new one,” wasn’t an option. My grandfather tried to fix it and, after struggling with it for a considerable amount of time, realized that it was a problem with the motor. Like anyone else who has tried to fix something, there’s that sudden “I know what I need” rush out the door. He removed the motor and rushed out the door to go take it to see if it can be fixed. He got as far as the car before realizing he didn’t have his keys and laid the motor on the sidewalk beside the car to go get them. Two minutes inside the house later, he comes out to find the motor gone.

WWII saw children doing their part for the war effort, roaming neighborhoods collecting scrap sat on sidewalks in front of houses. It was a series of unfortunate, but honest, mistakes. They did without, my grandmother handwashing all their clothes.

Again, funny years later when you don’t have to use a hand crank wringer washer or a scrub board to do your laundry, but at the time a moment in which you feel so bonehead stupid for doing such a thing.

They survived those events and so many more. They helped as they could whoever they could. From taking care of their parents, and anyone else in need.

Their lives, though no storybook, were a testament to resiliency. To being able to find a way to set aside the harsh realities, be creative, be willing to embrace struggle and hardship, and trying to keep a sense of humor and humility.

In many ways, I feel I have inherited some of those traits.

This weekend we ended up traveling miles from the house just to realize that the reason for the trip, a small workshop, wasn’t that day, but a week later.

Upon realizing this there were two very distinct reactions in the car. Mine, and his. His was one of “I cannot believe what I just did, I’m sorry, I’m so, so sorry.”

And mine, to find it hysterically funny.

The milk was already spilled, there was nothing I could do, including yelling, screaming, and blaming that would fix it.

We were 150+ miles from home for, effectively, no good reason. Why be angry? What does that solve? Sure, I would love to have slept in and not gotten on the road bright and early to make the drive, but that was already done. What’s the opportunity, what’s the creative solution, what do we do with it.

For me, it was to realize that we keep saying, “one of these days when we have a chance, when we don’t have to be in such a rush, when we can take some time, it would be lovely to just be a visitor and explore these places we go to.”

We did. We did some light shopping, we stopped at places we normally only get to rush through, we tried a new restaurant, and along the way, we turned the day around. Was it the most awesome day ever? No. Could we have planned better? Yes. That, however, wasn’t what we had to work with. We had to take a moment and decide to get creative. To decide that no, this wasn’t the day we had planned, and it wasn’t going to be perfect, but we could salvage it.

Coronavirus panic has taken the world over, just as the panic of realizing you’ve made a massive mistake or shown up at the right place on the wrong day. The solution isn’t to sit in the panic and let it consume you. Panic is not a place to live, it’s a place to visit, it’s sobering. It lets us understand the magnitude and gravity of what has happened or is happening. You take your moment of realizing what has or is occurring, and you move forward and try.

It is also an opportunity to do great things, to push through the fear, the uncertainty, and the anxiety and find ways to deal with the challenges that we encounter.

Only with resiliency can we get out of the panic and see that there will be other days ahead. Nothing, good nor bad, lasts forever. This will end at some point, and every day despite whatever else unfolds is one day closer to the end.

What we must accept that this period of unknowns, though difficult, is a call to dig deep and find greatness within ourselves. To find the spirit of our parents, grandparents, and beyond that survived similar or worse than we are facing right now. Somewhere within you exist the traits of that Greatest Generation, of those who survived what seemed impossible, made do, did without, got creative, remembered their friends and neighbors, and found a way.

Coupled with sound medical advice, like social distancing and other precautions, we will make it through. And, having survived this, it will bear the same kind of fruits of art, literature, music, social and political change that have hallmarked generations before us and those that will come long after us.

Join the Team and Support the Show 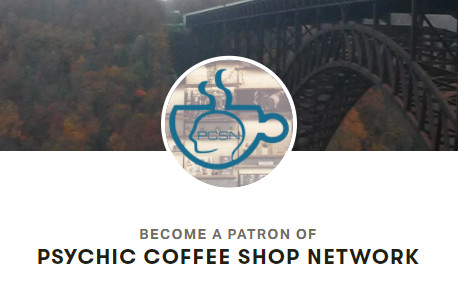 No matter what you are struggling with, Aeson is sure to be able to help. What are you waiting for, connect with Aeson!

If Not Then You Can Book An Appointment!

Listen to us on anchor